screenrant.com Microsoft Now Shows You How To Repair A Surface Laptop SE

Microsoft has released a repair guide for its Surface Laptop SE on YouTube, demonstrating how to repair the keyboard, display, and battery. The affordable laptop, targeted at students and the education market, was announced last year to compete with Google's offerings. The Chromebook line of laptops, made by various recognizable OEMs like Samsung and Acer, has dominated the education space with its cheap and easy-to-use hardware. In a school environment, where laptops are more likely to be mishandled, repairability and longevity are key factors when shopping for computers.

The Surface Laptop SE runs on a stripped-down version of Windows 11, the flagship operating system just released by Microsoft. It's based on the Microsoft Edge browser, the replacement for its ill-fated Windows Explorer. The software is called Windows 11 SE. Although other manufacturers are said to be working on affordable laptops for the operating system, it is designed with the Surface Laptop SE in mind. Microsoft's new lineup for 2022 is part of a greater effort to mesh the hardware and software of its products together.

Related: Microsoft Is So Desperate To Get You To Use Edge, It Added Browser Games 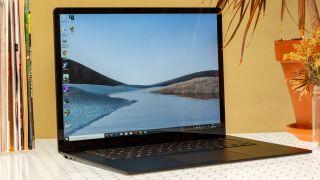 Like other major tech companies, Microsoft is facing immense pressure from customers, shareholders and legislators to make their products easier to repair. The company is tackling that issue by designing new products with repairability as a significant factor. In a video posted on YouTube, one of Microsoft's senior engineers performs critical repairs to keep the Surface Laptop SE up and running for the long term. The engineer, Branden Cole, shows viewers how to replace the keyboard, display and battery using just an iFixit driver, opening pick and spudger.

Though the new repair guide is a success for the right-to-repair movement,there is still a long way to go. For example, Microsoft's video offers multiple disclaimers against repairing the device, noting that repairing an appliance can "present electric shock, device damage, electric shock and personal injury risks, and other hazards." While some would say the company is being thorough, the statements littered throughout the video can appear to be intimidating. Microsoft keeps its promise by showing how to repair its devices, but it would rather have professional repair technicians perform the fix than end-users.

Third-party repair initiatives, like iFixit, have clear advantages over Microsoft's repair video. Since the Surface Laptop SE hasn't been released yet, the repair company hasn't published a repair guide yet, but it has a history of going above and beyond what companies officially claim to be repairable. For example, they'll use top-down shots to show everything from simple repairs to the inside of the latest Apple Watch. In fact, if you look closely, Microsoft's own repair video uses iFixit opening tools to get inside the laptop. So, while Microsoft's new video makes the right to repair movement mainstream, the company has a lot to improve upon before professionals take it seriously.

ShareTweetEmailModel 3 Vs. Model Y: Which Cheaper Tesla Is Best For Range? Related Topics About The AuthorBrady Snyder (72 Articles Published)

Brady Snyder is a journalism and computer science student at St. John's University. Brady is knowledgable in all things technology, hardware and software, with a concentration in Apple and MacOS.

how to replace samsung laptop keyboard