Home Article The best MacBook you can buy in 2022 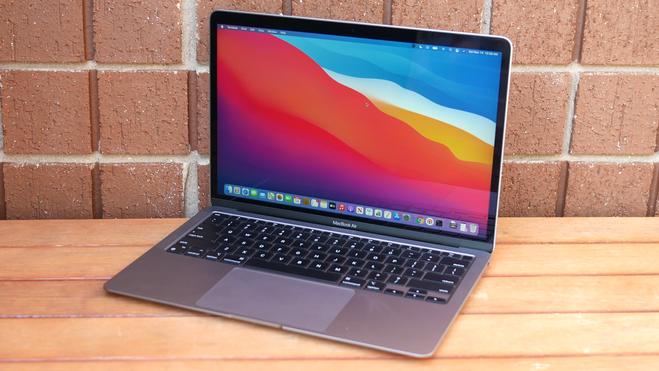 Choosing the best MacBook to buy can tricky. With Apple's laptops coming in different sizes, with different naming systems and powered by different chips, it can be hard to know which is the best option at first glance. Part of the problem is that Apple is in the process of replacing Intel processors with its own Apple chips. The first of these, the M1, massively ramped up the laptops’ performance, and it's been followed by the M1 Pro and M1 Max.

However, while the M1 offers superb performance and great value too, there are instances in which you might want to consider the earlier Intel-sporting MacBooks, which are still available. And there’s more to consider beyond the performance. There's the question of Screen size, graphical power, storage sizes and more besides. If that all has your head spinning already, don’t fret. Our buying guide below will clear up the different options available to help you choose the best MacBook for you.

The new MacBook Pro 16-inch (2021) released in October 2021 is an absolute beast of a laptop. It fits a crazy amount of power into what is still a fairly small frame and gives you the biggest and best laptop screen you can get. That makes it perfect for digital creatives for whom screen size is important.

There are a lot of configuration options with both this and the smaller 14-inch MacBook Pro (see below). This can make choosing a machine even more difficult since not only do you need to choose which MacBook to buy, but also how much storage and memory, and which chip you want. Both devices are available with either the M1 Pro or the M1 Max chip, the latter being the most powerful of the two.

If you do want the most massively powerful laptop money can buy, you can get the MacBook Pro 16-inch with the M1 Max chip, 32GB of memory and 1TB of storage for around $3,499 (you can even go up to 8TB storage and take the memory to 64GB, but by this point the price is getting silly and few regular uses will need these specifications).

The only downside to the new MacBook Pro 16-inch other than the price is the size and weight, which makes it the least portable MacBook. It's 20 per cent heavier than its 14-inch sibling (see below) and 100g to 200g heavier than the old Intel MacBook Pro. However, if you prioritise screen space over portability, this is the best MacBook you can buy.

If you don't need the screen size of the 2021 MacBook Pro 16-inch (above), the smaller, and lighter 14-inch model offers similar performance in a more compact package, making it the best laptop available for most creative professionals right now.

Again available with a choice of the M1 Pro or M1 Max chip, its price starts $500/£500 below that of its larger sibling, although the starting model has a slightly less powerful 8-core CPU, 14-core GPU version of the M1 Pro. You can choose to up that to the 16-inch's 10-core CPU, 16-core GPU.

The only other major difference apart from the screen size and weight is the battery size, which should give you 10 hours of web surfing compared to the 14 hours claimed for the 16-inch. That's still impressive battery life, and both chips options have new optimisation to reduce the amount of drain video processing makes on the battery. 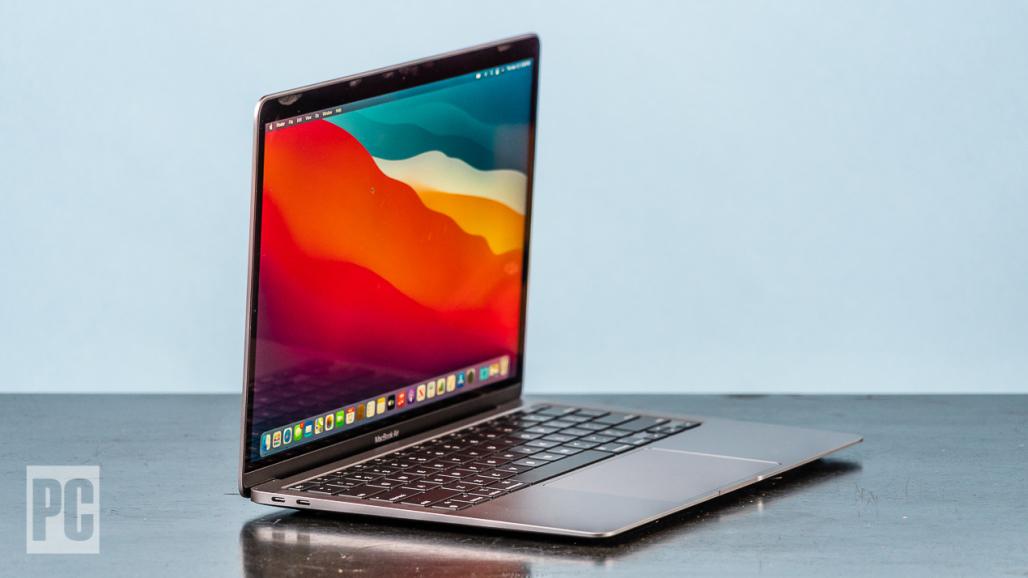 For a more compact option still, the 2020 13-inch MacBook Pro is still a mighty laptop and a fantastic buy now more deals are coming up following the release of the two newer models above. This was the first MacBook Pro to get Apple's own silicon in the form of the M1 Chip, and it's performance is so good that it's hard to believe it's Apple’s first.

If you're considering buying an earlier MacBook to save money, it's worth noting that the M1 chip here offers a massive improvement over the previous Intel processor. This laptio handled everything we threw at it in our MacBook Pro 13-inch M1 review, including editing 8K footage in Final Cut Pro X, with absolute ease.

The 13-inch laptop has a superb Retina display, with P3 gamut support (great for photography work). And while the two more recent models offer more memory, the 16GB limit here shouldn't be a concern for most users. Apple uses something called a unified memory architecture, which is shared across the processor and GPU and helps memory go much further than in standard setups. As some reviewers have noted, the 16GB option performs more like 32GB in a traditional laptop.

There’s plenty for students, too. You get an excellent keyboard that’s comfy even when you’re typing all day long, and its phenomenal battery life – 13 hours in our testing – is perfect for all-night study sessions and working on the go.

In previous years, the MacBook Air was way down the Apple pecking order, far below the much more performant MacBook Pro. However, in 2020, Apple gave the MacBook Air the same M1 chip as the 13-inch MacBook Pro, making a big difference to the MacBook Air's power to offer similar performance for $300/£300 less, which is almost unheard of in the laptop world.

We say similar identical performance because the MacBook Air is totally fanless so can't quite hit the peaks of the MacBook Pro 13-inch. However, this means it is completely silent at all times, even under load. If you love your laptops quiet, that’s great news.

Aside from being the cheapest MacBook available, it’s also the lightest, weighing in at 2.8 pounds. And like the MacBook Pro, you get excellent battery life of over 11 hours – and that was from a looping video test in our review, so it should last even longer in normal usage. Combined, the low weight and high longevity make it exceedingly portable.

By adding the M1 chip to what often felt like an underpowered machine in the past, Apple has upended the paradigm that cheaper means worse. If you’re looking for an entry-level Apple laptop, the MacBook Air is an incredibly attractive choice.

With Apple’s own M1 chips hogging the limelight, you might wonder whether there is still a place for Intel-based MacBooks in Apple’s line-up. Well, the 16-inch MacBook Pro from 2019 could still be an attractive buy if you want the 16-inch screen but don't need the super-fast performance (and don't want to pay the steeper price) of the 2021 MacBook Pro 16-inch with M1 Pro/M1 Max.

It’s still a powerful machine and offers slimline bezels, 500 nits of brightness, and support for the P3 wide colour gamut. Its cooling system keeps heat to a minimum, it comes with a comfy keyboard and the Touch Bar (something that's been excised on the latest models), and its speakers are brilliant. Yes, it's still running on an Intel architecture, but you get an awful lot for your money here.

Processor: Intel Core i5, Intel Core i7Storage: 512GB, 1TB, 2TB, 4TBMemory: 16GB, 32GBTouch ID and Touch Bar?: Both+Well worth it if you spot a good deal+Good storage and RAM options-Performance has been superseded

Apple is no longer selling its Intel-powered MacBooks, but you can still find them in stock at various retailers. Its own M1 chips offer hugely improved performance so the 2019 device really isn't worth it at full price, but if you spot a deal that makes it significantly cheaper than the 2021 M1 13-inch MacBook, you may still want to consider it.

is it worth buying a used apple laptop