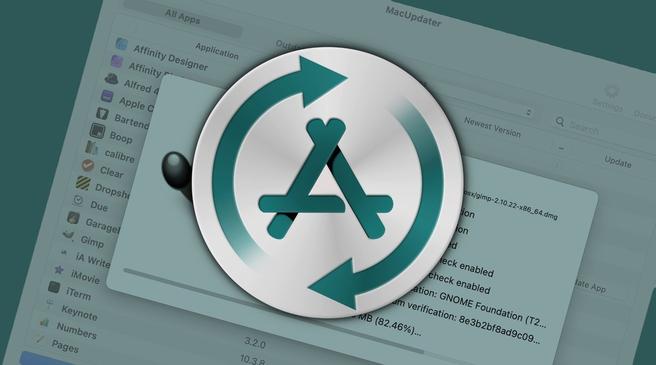 Here's how MacUpdater 2 can help make sure all your macOS apps are as current and as safe as possible.

Almost all apps need to be updated at some point in their lifetime. Most apps undergo multiple updates, but occasionally there can be apps with very sporadic updates that people miss.

While many pieces of software have an updating mechanism, not all do. This can be especially true for add-ons and software that don't function independently, and therefore don't have any form of updating system at all.

Why update at all?

Software is rarely released in perfect form. Aside from some fields where the software is used in a life-or-death capacity, most other forms of software get periodic updates.

These updates can cover many fields, with the chief one being to fix bugs. If there's something wrong with the app, such as incompatibility with hardware or other software, or a feature isn't working, an update could fix that problem.

A developer may also update an app with performance improvements in cases where features or processes could be performed with better or more accurate results or faster and with fewer faults.

Updates could also introduce new or tweaked features, introducing elements that users ask for or couldn't be completed at the time of release.

Probably the most critical reason for updates is to maintain security. Vulnerabilities in software and related files can be abused in various ways that you don't want to happen.

This is more generally observed for Apple's operating system updates, but it is a problem that can affect regular apps and software too.

Generally speaking, if there's an update available, you want it.

Not everything updates itself

You will probably be familiar with the App Store and the Mac App Store, Apple's digital storefronts that are used to update all of the apps on a device simultaneously. They're great systems for doing so, and for most users, that's enough.

Many applications have a built-in update service, which will nag you to update by letting it download the new version before installing it. While good, this does leave users with having to manually update software that doesn't perform update checks or downloads, which can be a tiring process to go through.

There are also pieces of software that typically don't update and aren't applications in their own right. For example, a screensaver may have an update, but it won't have any mechanism to check or alert you to an update being available at all.

Made by CoreCode, MacUpdater 2 is a tool for keeping track of the latest updates for applications stored on your Mac. It scans and displays all installed software on your Mac.

In essence, it handles the apps and software that the Mac App Store doesn't touch.

The tool can scan your Mac for apps that appear in its database, which includes version information for more than 60,000 apps and is still growing. Once it has compiled a list of the apps on your Mac, it will check the version numbers to see if any installed items are outdated.

If it finds any, it'll tell you what is installed and what needs to be updated. For many apps that have an update available for them, it will help you acquire and install it.

Updates can be performed from within MacUpdater using a single click, though there's also more flexibility on offer. You could control it from the main app, but there's also the menubar, the Touch Bar on compatible MacBook Pro models, and the command-line interface.

It's also a universal build, with it compatible with both Apple Silicon Macs and those using Intel processors.

MacUpdater 2 can update more than 6,000 apps automatically within the tool itself. These consist of apps that are very popular and have regular updates. 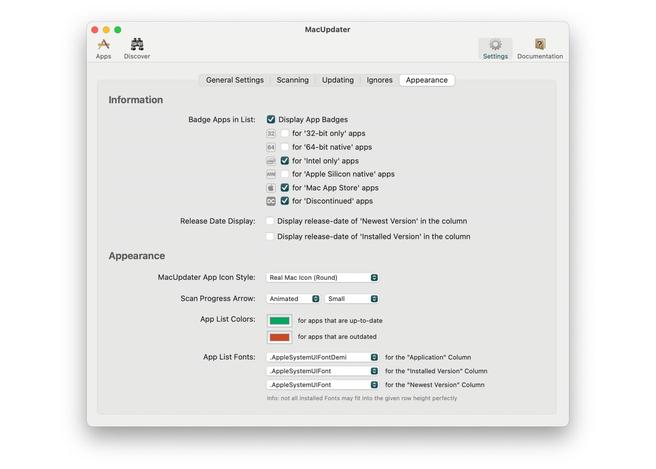 A second group of more than 6,000 apps is also checked, consisting of apps that don't automatically update. This serves to tell you there's an update available for an app and that you really should update it.

What you want to see: All apps updated successfully.

MacUpdater doesn't directly update apps serviced by the Mac App Store, and some apps have their own updaters apps, such as those used by Adobe and Microsoft.

In these cases, MacUpdater will offer to launch the Mac App Store or the relevant auto-updater app to process the update.

People familiar with macOS will know that you will get periodic reminders from the Mac App Store if app updates are available to download. While you can stick to on-demand scans to check every so often, you can also set up MacUpdater 2 to automatically perform the scan periodically.

This gives you the same periodic warning as the Mac App Store that there's something new available, just by having MacUpdater 2 running silently in the background and giving you a notification when it finds something.

Many options are available for scanning, including what types of software are scanned, how fast scans run at, frequency, whether MacUpdater's window automatically opens after scanning, and even settings relating to overdue scans.

The customization options go further for the app, covering everything from the types of notifications that are displayed to how app badges appear and even the icon style of the tool itself.

While it seems like it is a simple tool, MacUpdater 2 offers many options to power users and administrators, especially those who like to manage updates carefully.

MacUpdater can also be used to manage apps and other software types that don't typically have an updating mechanism available. This can include screensavers, plugins and scripts for apps, and even keyboard layouts.

This extra coverage is provided by the Pro edition, which can handle audio plugins, preference panes, quicklook plugins, and more.

There are many configuration options within MacUpdater 2 for you to fine tune.

In situations where a user account isn't an administrator, MacUpdater 2 can be used to keep apps up to date without needing the entry of an admin password. This means it's feasible for users to update apps without administrator intervention.

You can even check out a plethora of information about each update at the time of updating, including the version numbers, release date, installation path, and code signature, by clicking the app in the list. This also provides details about the app that you are about to update.

The Discover section shows all of the updates MacUpdater finds on a daily basis. Furthermore, you can also search apps and install many of them directly from within MacUpdater, saving you from needing to fetch the initial installer manually.

In the process of updating an app, an update has the potential to go wrong. For example, an update could end up removing a feature the user needs or changing it in such a way that it doesn't work.

MacUpdater 2 has the ability to make safety backups of apps before updating them, as well as of the updates themselves. If something goes wrong, it's possible to restore the app and any working downloaded updates without re-downloading anything.

CoreCode also built MacUpdater 2 with privacy and security in mind. For a start, you don't need to register to use MacUpdater at all.

The app also doesn't track users, and since the developer doesn't get any personal data about the user, there's nothing to sell to third parties. This means a user's app usage is extremely private and remains that way.

MacUpdater 2 provides you with a lot of data about the updates, and the apps too.

As for the downloading of updates, all are downloaded from the regular servers used by that app's vendor. There's no intermediary update hosting at play that could mess around with the data.

Furthermore, the code signatures of the 1,000 most popular apps will be checked after download against the official code signatures from the app's vendor, which makes sure that the update hasn't been interfered with before it gets to your Mac.

With more software being installed onto Macs all the time, it's hard to keep track of what's there. The Mac App Store can help you keep up, but it just can't help in cases where the app didn't come from there.

MacUpdater 2 fills a gap in the administrative arsenal for updating the apps and software that the MAS doesn't go near. It's flexible and configurable enough to be made to work in many computing environments in a way that benefits administrators and users.

It's a time-saving tool that helps keep your apps up to date and your Mac secure, and is certainly worth a look by anyone wanting to shave minutes off their time spent managing their hardware.

Like any other piece of software, MacUpdater also undergoes its own updates. With version 2.1 of the tool, users can benefit from a number of extra features.

The new additions include increased support for more software types, which includes plugins used by Adobe's suite of creative tools.

MacUpdater will also be even more flexible, by integrating with Alfred to give power users another way to trigger app updates.

There are also performance improvements that you would expect from software updates. Lastly, users can switch between a classic icon and a Big Sur style version, depending on how they want the app to appear on their desktop.

MacUpdater 2 is available from the CoreCode website. You can try it out for free to scan your Mac to see what's updatable, and you can even update up to 10 apps before paying for the software.

All of the options are one-time purchases, without requiring users to sign up for a subscription.

AppleInsisder readers receive a discount of 10% —just use the promo code AppleInsiderQ2 when checking out.

how to change date and time on apple laptop