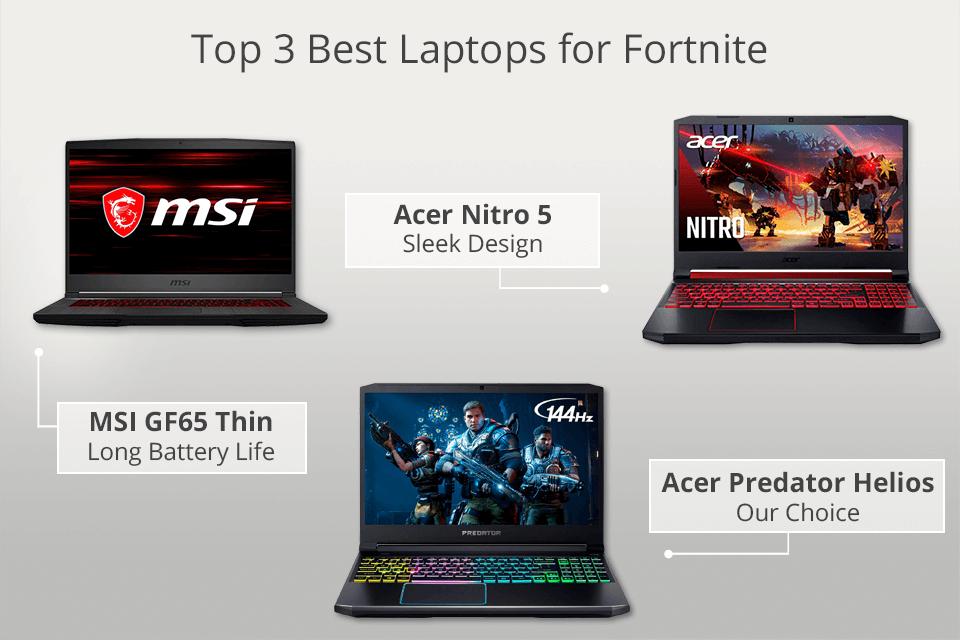 These are the best laptops for playing Fortnite in 2022

Fortnite has been one of the most popular cross-platform games for a few years now, even with countless newer games fighting for attention. However, the game is still missing from the Apple App Store due to ongoing legal action by Epic Games, meaning the only way to play Fortnite on the go is with an Android phone, a gaming laptop, or the GeForce Now streaming service. We already have a roundup of the overall best laptops, but in this article, we’ll cover some of the best laptops for playing Fortnite specifically.

Even though Fortnite isn’t as graphically-demanding as many other popular games, there are still plenty of laptops that aren’t up to the job. Epic Games hasn’t released Fortnite as native software for Windows on ARM, so even the best 5G laptops with Qualcomm chipsets aren’t a good choice. Similarly, many of the best laptops with optical drives aren’t good choices for Fortnite either, because most of them don’t have dedicated graphics cards.

In this roundup, we’ve listed some of the best laptops you can buy for playing Fortnite, using the official system requirements as reference.

MSI sells many different hardware variations for its GF63 gaming laptop, but the model we’ve picked out here is a budget version with an MSRP of $749.99 that often goes on sale for $599.99. The 10th-generation Intel Core i5-10500H processor and Nvidia GeForce GTX 1650 graphics card easily meets Fortnite’s recommended system requirements. 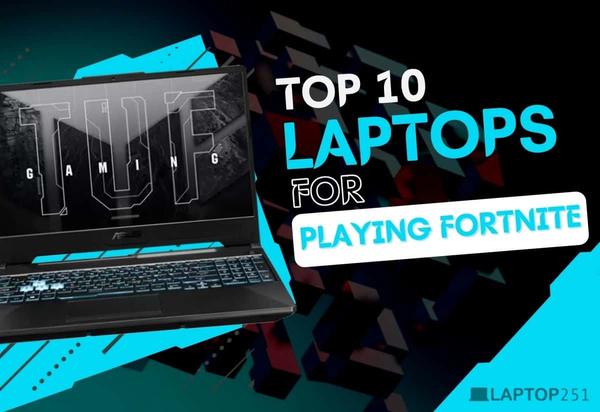 You also get 8GB of DDR4 RAM, a 256GB SSD for storage, a 15.6-inch 1920 x 1080 LCD screen, a 720p webcam, and a backlit keyboard. Some newer games struggle with only 8GB RAM, but Fortnite can still function with as little as 4GB of memory. The main catch with this laptop is the small SSD — at only 256GB, you’ll only have enough room for Fortnite and a handful of other large games. There’s also no high refresh rate support, since the display is just the standard 60Hz.

If you’re looking for something that can handle Fortnite at the Epic Quality graphical preset (or at least, very close to it), a high-end gaming laptop like this Asus ROG Zephyrus is the way to go. The AMD Ryzen 9 5900HS processor in the Zephyrus is nearly identical to the suggested Intel Core i7-8700 and AMD Ryzen 7 3700x processors for Epic Quality, and the mobile Nvidia GeForce RTX 3070 is pretty close to Epic’s recommendation for a GTX 1080.

The rest of the laptop is excellent as well, with a 15.6-inch 1440p IPS display, a 1TB SSD, 16GB of RAM, and plenty of ports. Since this is a high-end gaming laptop, it’s perfect for playing just about any other games, too. The RTX 3070 graphics card even means you have the option to use fancy ray-tracing effects in newer games, though performance might suffer a bit.

The Acer Nitro 5 is another sub-$1,000 option for playing Fortnite on the go. There are a bunch of different hardware variations of the Nitro 5, but this model has an 11th-generation Intel Core i5-11400H processor and Nvidia GeForce GTX 1650 graphics card. The usual price is $799.99, but it occasionally goes on sale for less.

Besides the CPU and GPU, there’s also a 15.6-inch 1920 x 1080 144Hz display, a 256GB SSD, 8GB RAM, and a backlit keyboard. Compared to the above-mentioned MSI laptop, this one has a newer Intel Core i5 processor, and the display has a refresh rate of 144Hz instead of 60Hz. That means smoother gameplay at higher framerates, though you may need to turn down the graphical options in Fortnite and other games to surpass 60FPS.

This laptop easily meets the recommended system requirements for Fortnite, though it isn’t quite powerful enough for the ‘Epic Quality’ graphical preset. For under $1,000, it’s a solid gaming laptop.

Fortnite doesn’t actually require a gaming PC, since it’s relatively well-optimized. Gaming laptops will always provide the best possible experience for PC gaming on the go, but if your budget is tight, or if you’re willing to take a hit with performance to get something thinner, many non-gaming laptops are powerful enough to play Fortnite at low graphical options. The Lenovo IdeaPad 3 with a Core i3 CPU is one such option, and at the usual price of around $400, it’s about the cheapest you can get.

The Intel Core i3-1115G4 processor in this laptop is around 5% faster in most benchmarks than the current minimum requirement for Fortnite (a Core i3-3225 3.3 GHz), and the Intel UHD integrated graphics exceeds the required Intel HD 4000 graphics. Again, you won’t get a great experience, but the game will run. On the bright side, Fortnite still lists 4GB RAM as the minimum requirement, and this laptop has 8GB.