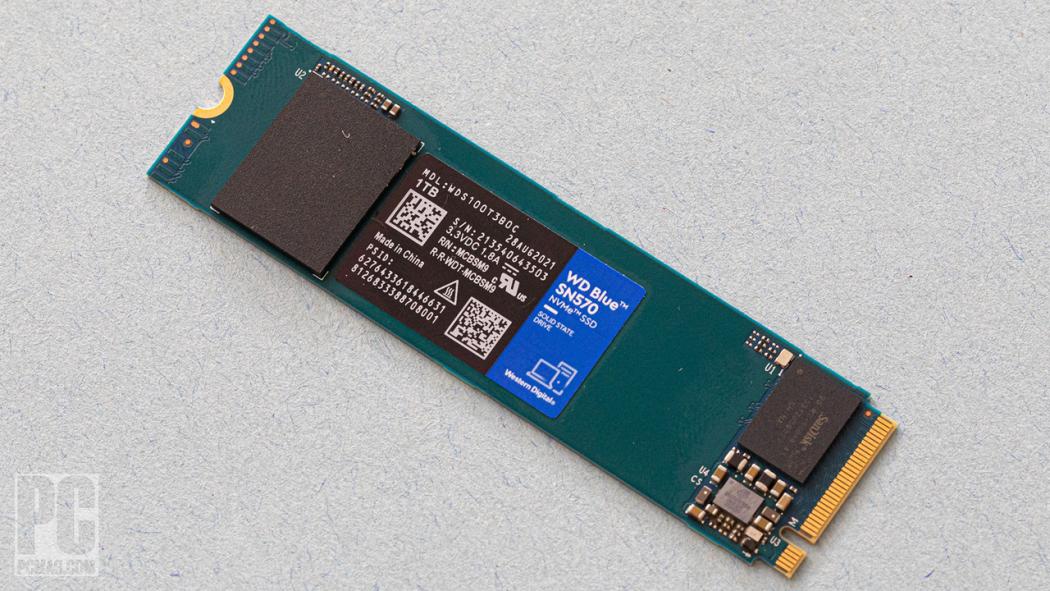 The WD Blue SN570 performs well and offers a fair price for every gigabyte of capacity, but there are several PCIe 3.0 drives that just do it better, and even PCIe 4.0 drives that offer a huge lift in performance without a big lift in price.

The WD Blue SN570 performs well and offers a fair price for every gigabyte of capacity, but there are several PCIe 3.0 drives that just do it better, and even PCIe 4.0 drives that offer a huge lift in performance without a big lift in price.

Before the value of this drive gets too hyped up, we should note that this is only a PCIe 3.0 x4 drive, so it has bandwidth limitations that see it lag far behind the many PCIe 4.0 x4 drives that are storming the market. So let’s take a look at the speeds and put things in perspective.

The WD Blue SN570 performs great for its class. We see sequential read speeds of 3,617MB/s and sequential writes of 3,195MB/s on the 1TB model that we tested. Those speeds come out ahead of WD’s own suggested ratings. The drive performs admirably in random operations as well, hitting 1,892MB/s reads and 1,867MB/s writes in CrystalDiskMark with a queue depth of 32. Those sequential speeds see it outclass Samsung 980, which lacks a DRAM cache, but actually fall slightly behind Samsung’s drive for random operations — an area Samsung’s drives continue to hold strong even as they lag behind in sequential performance.

Unfortunately for Western Digital, Samsung isn’t leading the pack when it comes to speeds or value.The SK Hynix Gold P31 is faster on almost all counts, only lagging in sequential reads by 15MB/s.Meanwhile, it comes in at roughly the same price and has twice the endurance. WD warrants the SN570 for 600 drive writes (i.e., 600 TBW for the 1TB drive), while SK Hynix offers double that for the P31 Gold. 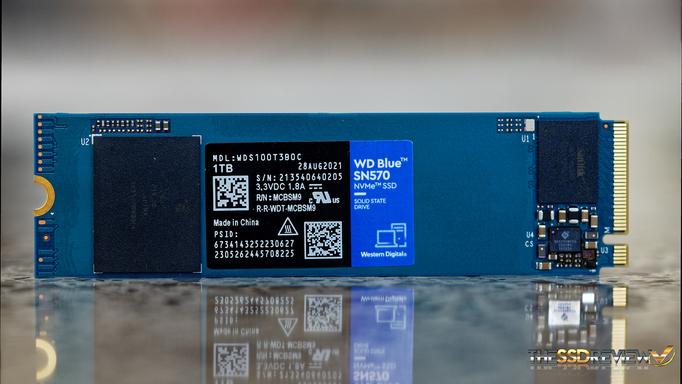 Matters only get worse when we start taking the market of PCIe 4.0 drives into account, especially as some older models have come down in price. PNY’s XLR8 CS3040 is a middling PCIe 4.0 SSD, but it can still hit 5,600MB/s reads and 4,300MB/s writes, well beyond the speeds of the SN570, and it costs about the same for a 1TB drive and even undercuts the SN570 for a 2TB drive. It’s a very similar story for theSilicon Power US70.

Even higher grade Gen 4 SSDs are starting to become more affordable, like the Silicon Power XS70, which is boasting 7,300MB/s sequential reads and 6,800MB/s writes (about as fast as they come and more than double the speeds of the SN570). You’d think a drive like that would cost a lot more than the SN570, but a 1TB model will only be $20 more and a 2TB model will only be $10. That’s a small premium to pay for a huge uplift in performance, not to mention an additional 100-drive-writes worth of endurance.

The WD Blue SN570 only finds a safe haven at its 500GB capacity, where it avoids some of the fiercer competition from faster drives and maintains its exceptional 10-cents-per-gigabyte value. Given how barren the drive is (more than half of the PCB is empty), it’s a surprise WD didn’t opt for a smaller M.2 2242 form factor to cater to laptop (orSteam Deck) customers.

You need a cheap M.2 driveYou can snag the WD Blue SN570 for a fair price, making it an easy option when your upgrade budget is tight and you might only need 500GB.

You don’t care much about speedThe WD Blue SN570 is plenty fast for everyday use, so you’re not likely to feel much in the way of slowdowns if you don’t have special computing needs.

You spot a dealThe WD Blue SN570’s is a decent value at its starting price, but any discounts you find are going to make it easier to justify picking it over faster SSDs that don’t have a discount.

You want the most for your moneyThere’s no two ways about it, there are significantly higher-performing drives readily available on the market that come in at the same price or only a hair more, especially if you’re looking at some of the larger capacities.

You want serious enduranceThe WD Blue SN570 may last a long time with its 600 TBW endurance per terabyte of storage, but there are a handful of similarly affordable drives that offer more than double the endurance.

You want one of the best PCIe 3.0 all-aroundersThe WD Blue SN570 is strong for its class as a PCIe Gen 3 drive, but it’s bested in all-around performance by the Samsung 980 and SK Hynix Gold P31, which both have similar pricing to boot.

Over the last several years, Mark has been tasked as a writer, an editor, and a manager, interacting with published content from all angles. He is intimately familiar with the editorial process from the inception of an article idea, through the iterative process, past publishing, and down the road into performance analysis.