Home Article What Lenovo would have shown at CES 2022 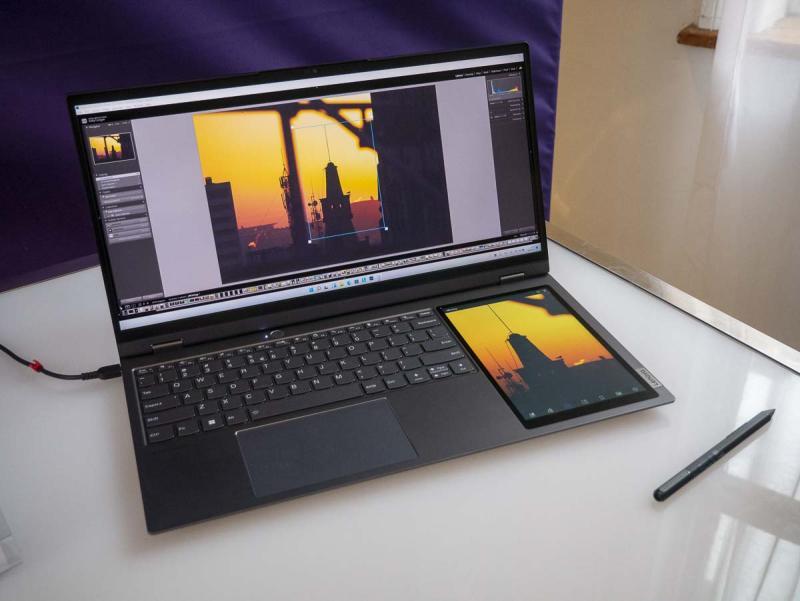 What Lenovo would have shown at CES 2022

A lot of tech companies skipped out on attending the CES 2022 tradeshow this year due to the pandemic still going on. Lenovo was one of them, but they had a more intimate showing of some of their upcoming new devices in New York so that we could still see some previews of what they are working on. We've got a good set of new Lenovo laptops from the Yoga series, ThinkBook series, Legion gaming series, ThinkPad X1 series, and the new ThinkPad Z series. A lot of these products are starting to use more sustainable materials like recycled aluminum, recycled vegan leather, recycled ocean water plastic, and biodegradable/recyclable packaging.

The ThinkPad Z Series Z13 and Z16 are totally new laptop computer styles from Lenovo. They are kind of a progression from the traditional ThinkPad's with some more consumer-style design changes. There are some new color options like a very cool leather texture with shiny bronze accents. The ThinkPad Z series still has the red TrackPoint joystick between the G and H keys on the keyboard, but the tactile buttons are gone. Instead, they're hidden in the top edge of the trackpad. There's also a little series of braille bumps that will help you locate the hidden buttons though, so it's actually pretty nice to use.

The ThinkPad X1 is the popular ultra reliable solid business laptop and for CES we've got the X1 Carbon 10th Gen, X1 Yoga 7th Gen and X1 Nano 2nd Gen. There's a new camera bump with a high resolution camera and 360-degree far field quad-array microphones. You've also got OLED display options and Dolby powered solutions, including Dolby Voice® with its latest noise cancelling technology, for exemplary audio-visual and collaboration experiences. The screens on these are really nice too. Unlike Macbooks, these screens have very low levels of glare making them very visible even near windows and well-lit rooms. I was very impressed with the screen quality on these.

The new hotness in the ThinkBook series that I was very excited about is the ThinkBook Plus Gen 3 which has an extra wide screen and a secondary small pen-enabled and touch-enabled screen on the right side of the keyboard. The keyboard tablet pen/touch screen has some special software that can give you access to a numeric keypad, an application launcher, tiled application groups, and even a mirrored screen of your Motorola smartphone. Normally the keyboard screen acts as just a 2nd monitor. You can drag any app window from the main screen down and into the keyboard's screen. Programs that automatically recognize a 2nd screen work well here too. Lightroom, for example, automatically puts a grid of thumbnail images in the keyboard screen while you work with a large selected image on the main screen. It's pretty awesome.There's also a bit of software to help you snap windows into the rotated "L" shaped screen layout. It's a little unintutive to access those options though as you have to click and drag the titlebar of a window into this unintelligible icon that appears and then drag it to whichever icon you want it to snap into. So... usability could certainly improved, but the functionality is super cool! You can also make your web browser "cascade" vertically all the way from the right side of the top screen down and through the keyboard screen.The ThinkBook Plus Gen 3 will come with a small pressure sensitive stylus that can slip into the side silo, but you can also get a larger stylus that's more comfortable to hold, but also has a color sensor in the other end. This way you can point it at a real world object and basically suck up the color like Photoshop's "eye dropper". That sounds like a great feature!

With the other ThinkBooks, we've got the ThinkBook 13x Gen 2 which can use a ThinkBook Wireless Multi-Device Charging Mat that brings wireless charging for both the laptop and a smartphone (that supports Qi wireless charging). This looks like a great feature. No need to grab a wire and try to find the hole to plug it into anymore. Just set your laptop on the desk!

I've always liked the Yoga series of Lenovo laptops since I'm a big fan of Tablet PC convertibles. The new Yoga series tablet PCs are looking really good. We've even got an interesting fabric backing on the Yoga 6! They've got bumped up specs, too, and nice rounded edges that make them easier to hold. 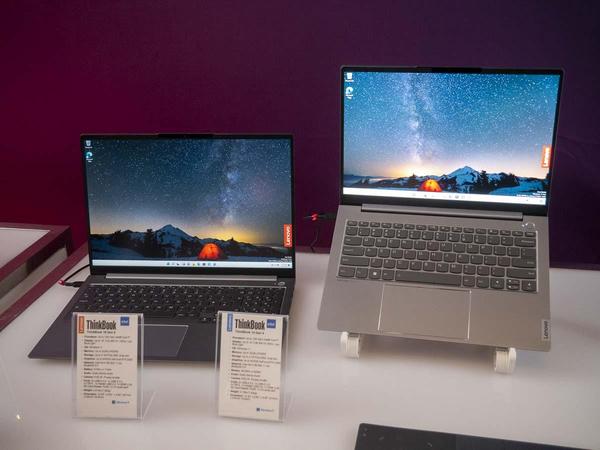 Lenovo's got a couple interesting smart home products to show off too. There's a new Lenovo Smart Clock with some accessories like a wireless charging stand and some nightlight attachments that make the smart clock look like a little cartoon character. Then there's a Lenovo Smart frame that you can hang on the wall for some interactive exercise activities.Lenovo Smart Clock Essential with Alexa Built-in is available in January 2022 , starting at $59.99.8Lenovo Ambient Light Dock is expected to be available starting in Q1 2022 and will start at $29.99.8

Save big bucks on the Microsoft Surface Laptop Studio, Samsung laptops and more

Check out the latest deals available at Amazon.com, where you will find the Microsoft Surface Laptop Studio, the Samsung Galaxy Book Pro, and other great products on sale

Check out the latest deals available today, where you will find the XPS 13, Samsung's Odyssey G7 Series gaming monitor, and more

Microsoft is reportedly showing ads in the latest Windows Insider Developer channel. The ads show up on Windows 11's File Explorer, and they appear to be recommending users try out Microsoft's other services and apps.

Microsoft planning to bring tabs to File Explorer in Windows 11

Microsoft is reportedly working on bringing the tabs feature to the File Explorer in Windows 11. Learn more about the rumored Windows 11 feature here.